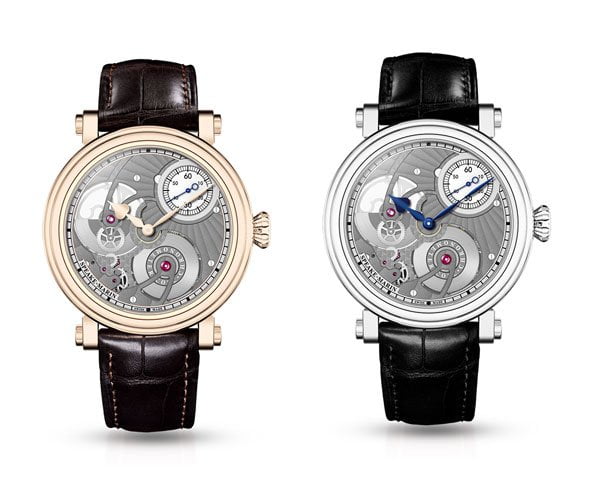 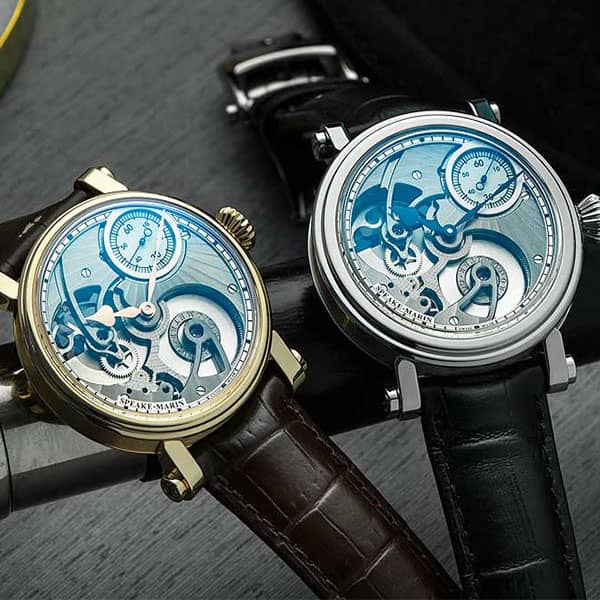 The Speake-Marin One (left) is in a rose gold case, while the Two is in a titanium case.–

The watch dubbed the One is in an 18k rose gold case; the Two features a grade 5 titanium case.

Both are available in two case sizes — 38-mm diameter and 42 mm — and are distinguished by their highly skeletonized dials that put the micro-mechanical vista of the new movement, Caliber SMA01, on full display.

Peter Speake-Marin says that the development of this in-house movement, the first to be used in the J-Class collection, required many months from the design stage to the manufacturing process.

The Speake-Marin watchmaking team kept the movement slim by using a micro-rotor to wind the mainspring and positioning it flush with the bridges. 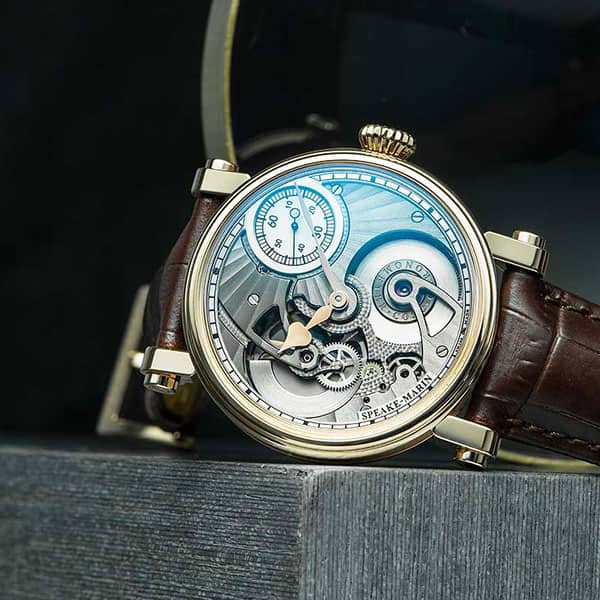 Speake-Marin J-Class Collection’s The One, front (above) and back (below) 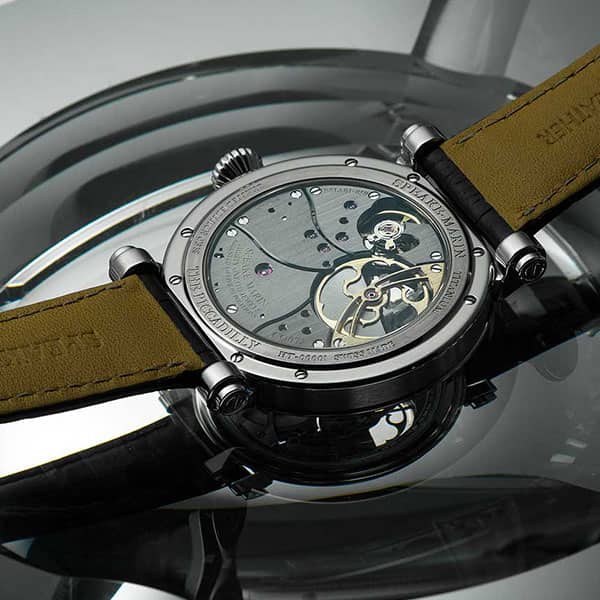 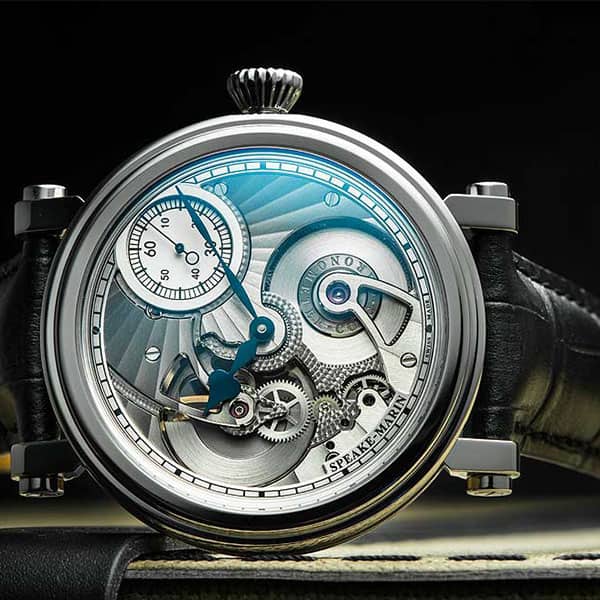 The case is an evolved version of Speake-Marin’s hallmark “Piccadilly,” engineered for a slightly more technical look. The shorter lugs allow the strap to be integrated more closely into the case, and the crown has also been moved closer to the case middle.

The bezel and the case-back now slightly overlap the central case section, and the sapphire crystal over the dial is now a box form, further reducing the overall thickness of the case. Both the front and back crystals, the latter offering a rear view of the movement, are treated with non-reflective coating.

The open-worked dial swept over by Speake-Marin’s distinctive hands, is bereft of numerals except for the ones on the small seconds sub-dial, placed uncharacteristically at the 1:30 position to create a visual balance with the dial-side rotor and mainspring barrel. The Speake-Marin J-Class One and Two watches are all limited editions;

Although, part of this article was first published in WatchTime Magazine. Showing at Watchtime New York 2017. Written by Mark Bernardo on September 25, 2017

Many thanks also to the Spake-Marin Official Website for all the information above.