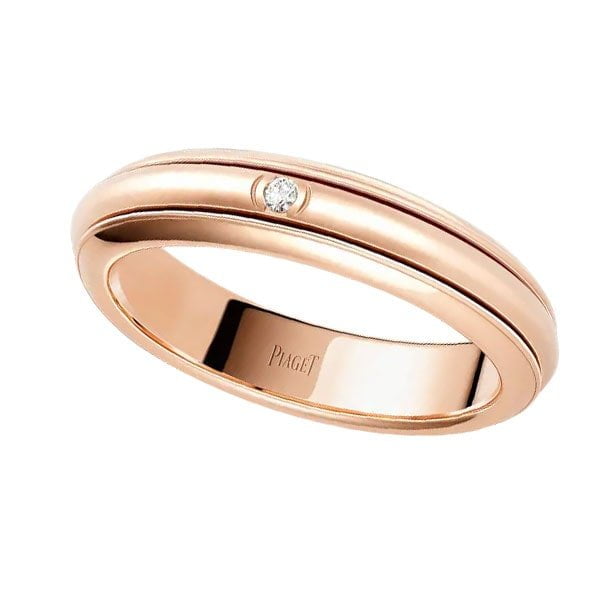 Nevertheless, a contemporary presentation of one of Piaget’s largest icons. In the first place, this ring comes set as a turning ring with one single diamond. Nevertheless, the independent woman makes things happen rather than waiting for things to appear. And of course, this happens for themselves with the smallest gesture – turn her own ring. In fact, the beauty of this ultra-slim luxury ring consists of its elegant simplicity.  With a central turning circle in rose gold, illuminated with a single bright diamond. Rotating rings evoke a constantly moving world where everything becomes possible. A single rotation of the rose gold ring and moves its desires and aspirations. No matter what she wants to feel, see or experience, a real lady always will enjoy her freedom.