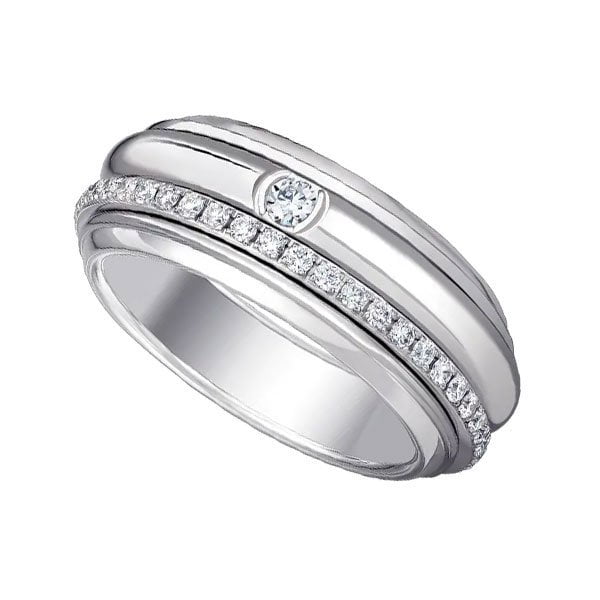 Nevertheless, a contemporary presentation of one of Piaget’s largest icons. In the first place, this ring of possession collection couple two asymmetric bands in polished red gold. Moreover, it also possesses a set with a pure line of fine diamonds for a touch of precious. Notably remains the wider single diamond in a single- moon setting. As it rotates freely around a woman’s finger, with her aesthetics of signatures and the sensory experience she offers at every step, this luxury ring gives her the freedom to take her life straight.

Although this ring comes with an attractive and contemporary design. Also, it possesses an asymmetric golden roses strips generously decorated with pavement diamonds. Nevertheless, its dazzling intensity of diamonds gives this luxurious diamond ring its precious look. Moreover, the rotating movement of this Piaget Possession ring itself comes also as a unique sensory experience. Thus, each return gives an irresistible feeling that the lady who wears it always is in possession of her life. Of course, there is no reason for doubt that she will always pursue her own ambitions with pleasure and joy.