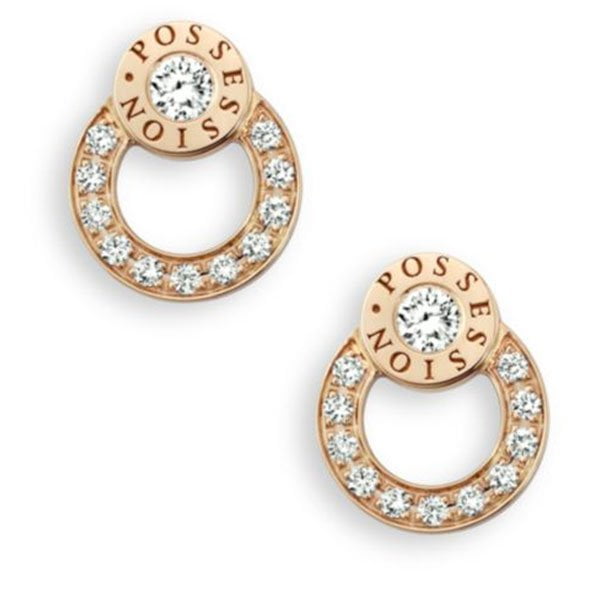 Attractive and contemporary. The dazzling aesthetics of the completely paved possession ring is the inspiration for these elegant earrings. Also, these earrings come enriched with brilliant diamonds, while discrete gadroons on the diamond-trimmed side complete this elaborate design. With every turn of these voluptuous diamond earrings, a woman moves the universe and dresses her life to become extraordinary.