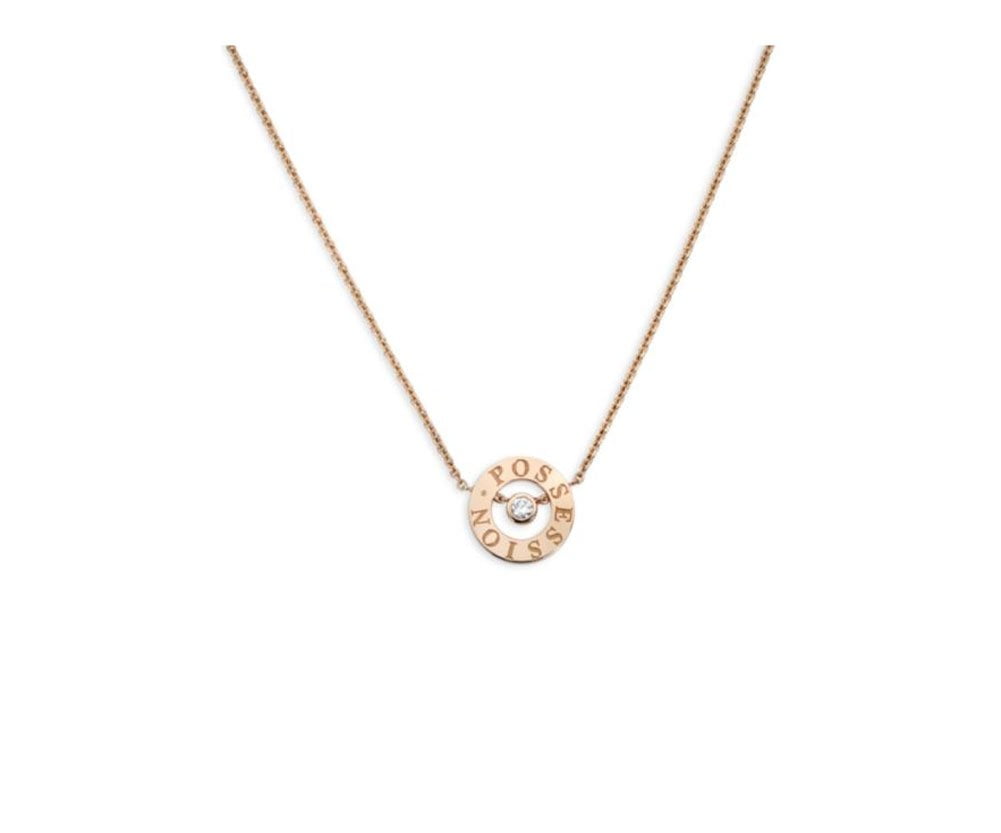 Because it is you, this pendant proclaims the strength of the word Possession engraved in pink gold on a single ring.

Because you are unique, a diamond accentuates this personal message.

Tactile and sensual, a diamond proclaims attachment and perfect complicity in a modern, playful manner.