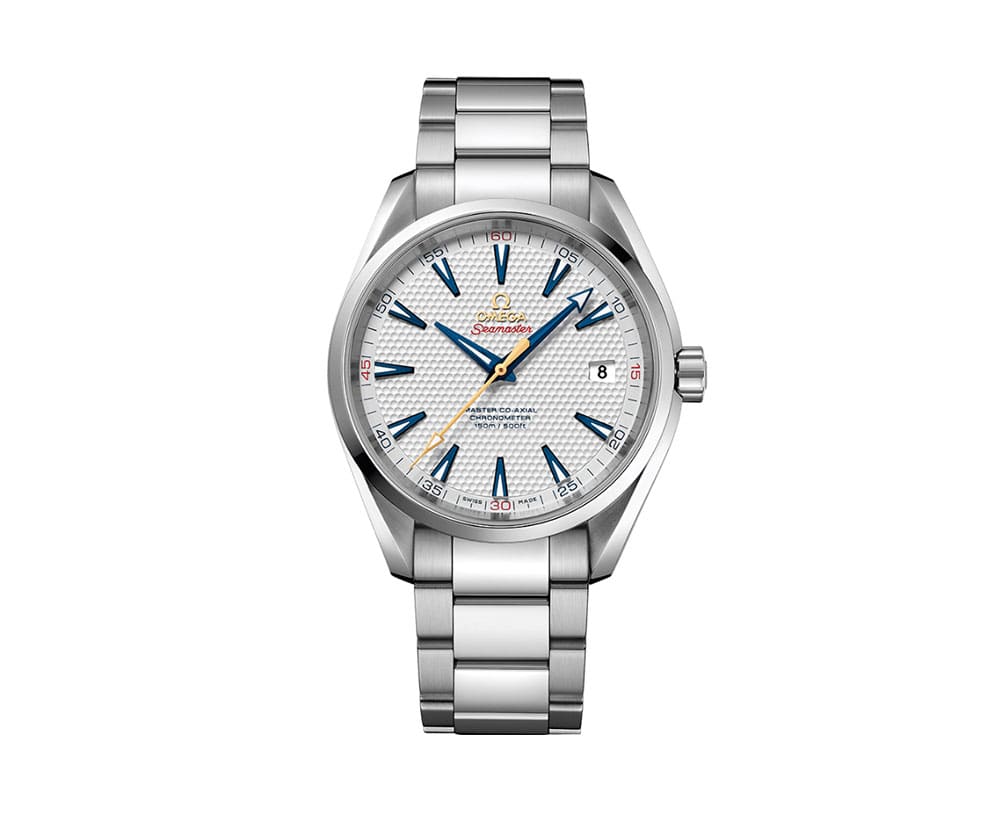 In the first place, this watch presents itself as a classic yet robust timepiece which represents a tribute to OMEGA’s rich maritime heritage. Thus, with its dramatic and easily-recognizable dial design of the OMEGA Seamaster Aqua Terra 150M collection recalls the wooden decks of luxury sailboats. Although, the stainless steel 41.5 mm case is presented on a stainless steel bracelet. In fact, this certified chronometer is powered by the OMEGA Master Co-Axial caliber 8500 and also resistant to magnetic fields greater than 15,000 gauss. Of course, its transparent case-back makes visible the watch mechanism.

In the first place, Omega Caliber 8500 features Omega’s “Si 14” silicon balance spring, which contributes to the movements outstanding resistance to shock and to environmental disturbances and thus to the watch’s chronometric performance. Also, this movement features Omegas Co-Axial Escapement which contributes to greater precision, stability, and durability. As a matter of fact, the Co-Axial escapement produces less friction and also reduces the necessity of lubrication thus reducing the time intervals required between servicing. 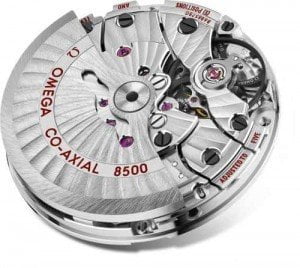 As a matter of fact, the Omega Logo appears applied 18kt yellow gold, the Seamaster logo presented in red & the rest of the text, also printed in blue. The case back is engraved with “RYDER CUP” and “LIMITED EDITION” and has the Ryder Cup logo printed on the rotor.

5 Years Warranty Included or you can choose for an extended warranty program:

Nevertheless, all prices are subject to change without notice and we ( Majordor ) reserve the right to make changes as necessary to reflect the market conditions, our supplier’s conditions and all other factors which are not under our direct control. Moreover, the retail prices shown above may represent the current replacement value of the item and are suggested as retail price, which may not reflect the selling prices. Thus, prices can vary according to the currency exchange rates and may be different than in the store. So, please check up your country and currencies for delivery. In fact, Omega is a registered trademark of Omega SA.  Thus, Majordor is not an authorized dealer for Omega and also in NO WAY affiliated with Omega SA or Omega USA. Equally important, all Omega watches sold through Majordor are delivered in UNWORN condition.