This watch is Guaranteed Authentic and comes with Certificate of Authenticity, Manufacturer Serial Numbers, Original Box and Instruction Manual 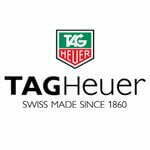 In other words, the old Calibre 16 movement mounted in almost all older Carrera Chronograph models will become harder to get because of ETA short production.

As a matter of fact, Tag Heuer’s Calibre 16 is more or less similar with ETA Valjoux 7750 movement.

Additionally,  according to this decision TAG Heuer took also the opportunity to fine tune the Day-Date range with a series of detailed upgrades, the most prominent being a new ceramic bezel.

3 Years Warranty Included or you can choose for an extended warranty program:

All prices are subject to change without notice and we ( Majordor ) reserve the right to make changes as necessary to reflect the market conditions, our suppliers conditions and all other factors which are not under our direct control. Retail prices shown above, may represent the current replacement value of the item and are suggested as retail price, which may not reflect the selling prices. Price can vary according with the currency exchange rates and may be different than in store. Please check up your country and currencies for delivery. Tag Heuer is a registrated trademark of LVMH is a registered trademark of LVMH Moët Hennessy Louis Vuitton SE. Majordor is not an authorized dealer for Tag Heuer and in NO WAY affiliated with LVMH Moët Hennessy Louis Vuitton SE. All Tag Heuer watches sold through Majordor are delivered in UNWORN condition