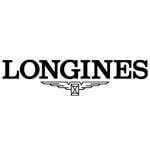 Furthermore, Longines developed the column-wheel actuator to syncronize properly the various levers. And with this, the feature wouldn’t let the user make this mistake. Today the column-wheel Chronographs actuators become components found in many high-end chronograph movements. Nevertheless, the complexity in manufacturing these mechanisms gave rise to the more cam-actuated, and also coulisse-lever chronographs. In fact, all these features can be seen as part of many popular chronograph movements powered by the Valjoux 7750.

For this reason, these watches offer more than just an interesting mechanism. Their design also becomes a versatile confluence of mid-century dress watches. Moreover, their design is reminiscent of the typical chronograph watches used for various races. But in case someone wants to buy a chronograph with quality column-wheel, this watch offers more than the price.

Additionally, Longines started to add the Column-Wheel Chronograph to its Heritage Collection in 2011. Thus to commemorate this technological achievement. As a matter of fact, they placed Longines caliber L688 behind a vintage-inspired dial and case. All  Longines watches prices can be changed without notice. We (Majordor), also reserve the right to make changes as necessary. These changes may also reflect market conditions. As well as supplier conditions, and all other factors that are not under our direct control. Moreover, the retail prices represent the actual replacement value of the item. The prices are suggested also as retail prices. These prices may also not reflect sales prices. Also, prices do not include transportation and insurance. Prices may also vary depending on the exchange rate. Also may be different than in the store. Please check the country and also your currencies for delivery. We are not responsible for any custom fees once the items have shipped. By purchasing our products, you consent that one or more packages may be shipped to you and may get custom fees when they arrive to your country.

In fact, Longines is a registered trademark of Longines SA.  Thus, Majordor is not yet an authorized dealer for Longines and also in NO WAY affiliated with Longines SA or USA. Equally important, all watches sold through Majordor are delivered in UNWORN condition.